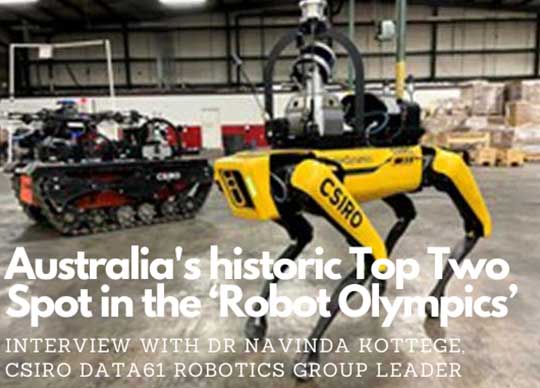 After 3 years it came down to just seconds! Interview with Leader of team CSIRO’s Data61 and CSIRO’s Robotics group leader, Dr Navinda Kottege.

Organised by the US Government research agency DARPA and spanning a three-year-period, the Subterranean Challenge was designed to push the boundaries of autonomous robotic technology.

Scientists were tasked with remotely running the robots in an underground environment that simulated a real-world scenario. This included locating models representing lost or injured humans, backpacks, or phones, as well as variable conditions such as pockets of gas.

The $US1 million ($AUD1.3) prize money will be reinvested into team CSIRO’s Data61’s research and development of Australian technology.