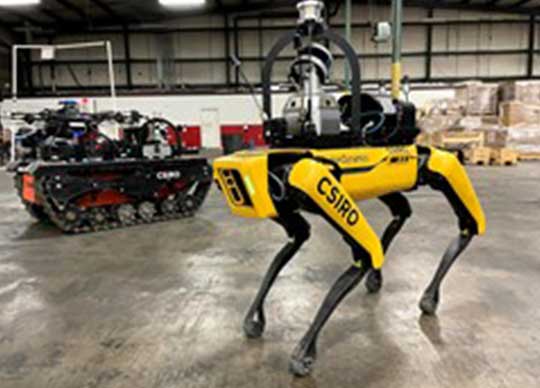 Organised by the US Government research agency DARPA and spanning a three-year-period, the Subterranean Challenge was designed to push the boundaries of autonomous robotic technology.

Scientists were tasked with remotely running the robots in an underground environment that simulated a real-world scenario. This included locating models representing lost or injured humans, backpacks, or phones, as well as variable conditions such as pockets of gas. 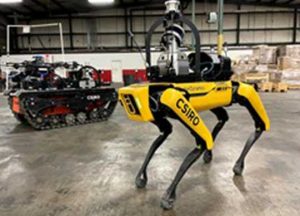 RIGHT: ONE OF TEAM CSIRO DATA61’S QUADRUPED ROBOTS IN THE FOREGROUND WITH ONE OF THE TRACKED ALL TERRAIN ROBOTS CARRYING AN AERIAL ROBOT IN THE BACKGROUND.

Points were awarded for correct identification and location of items, mapping the terrain, and maintaining autonomy and communications throughout.

The competition culminated in a final event held inside the Louisville Mega Cavern in Louisville in Kentucky, with results announced in the US overnight.

Made up of members from CSIRO’s Data61, CSIRO spin-out robotics company Emesent, and the Georgia Institute of Technology, the team competed under the name ‘CSIRO’s Data61’ and won the preliminary round before being awarded second in the final circuit.

“This is an amazing result! We are the first Australian team to place in the top two at a DARPA robotics challenge.

“This cements CSIRO’s place as a world leader in robotics and puts Australia firmly on the map in this increasingly important area of science.

“I’d like to thank team partners Emesent and Georgia Institute of Technology for their exceptional research and development and contribution to this amazing result.” 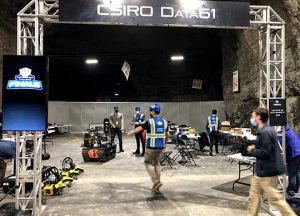 The $US1 million ($AUD1.3) prize money will be reinvested into team CSIRO’s Data61’s research and development of Australian technology.

“Congratulations to the winners of the DARPA Subterranean Challenge. It’s great news for Australia, and I am so proud of team CSIRO’s Data61 placing second, and the contributions that Emesent made over the three years to advance the team’s state-of-the-art robotics and showcase the capabilities of Australian companies on a global stage.”

Director of the Mobile Robot Laboratory at the Georgia Institute of Technology Professor Ronald Arkin said:

“The Georgia Tech Mobile Robot lab is thrilled to have been team members with CSIRO and Emesent. Our years of hard work together paid great dividends both intellectually and in camaraderie, and it is truly exciting to see the final outcome!” 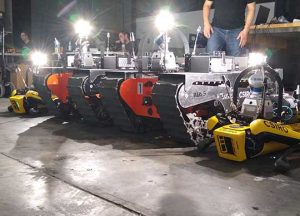 “The team will now focus on translating the technology and capabilities developed from this project to solve some of Australia’s greatest challenges.”