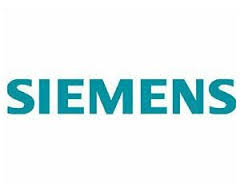 “Australian companies need to rethink sustainability. For too long it’s been associated only with ‘environment’ but its true measure is a combination of economic, environment and social, which is how the DJSI measures it,” says Jeff Connolly Chairman and CEO of Siemens Australia and NZ. “Ultimately sustainability is about competitiveness.”

“Apart from being sustainable ourselves, our technology is designed to help other companies become sustainable by improving areas such as productivity, reliability and efficiencies. This usually has the added benefit of being good for the environment and for the communities in which we work.”

Connolly believes that with the pace of change, it’s important that Australian companies take action to secure their competitiveness and position in a world market. That means a constant review of technology that can improve their performance. “Being in business today is like being in a formula 1 race – if you’re not looking ahead and investing in the latest technology every year then next year you won’t be in the race.”

Siemens was able to reaffirm its rating from the previous year and achieved a very high total score of 93 out of a maximum of 100 points (after earning 93 points last year). This means that Siemens has been represented every year since the DJSI was first published 15 years ago.

At the same time, the company again captured the No. 1 spot in the area of Industrial Conglomerates, where it took first place among 46 companies. This sector also includes companies such as 3M, Philips and Toshiba.

“We’re convinced that sustainability is crucial for Siemens AG’s long-term economic success. For this reason, achieving this recognition again makes us very proud, and confirms the strong emphasis we place on sustainability,” said Roland Busch, who is a member of the Siemens AG Managing Board and has special responsibility for sustainability