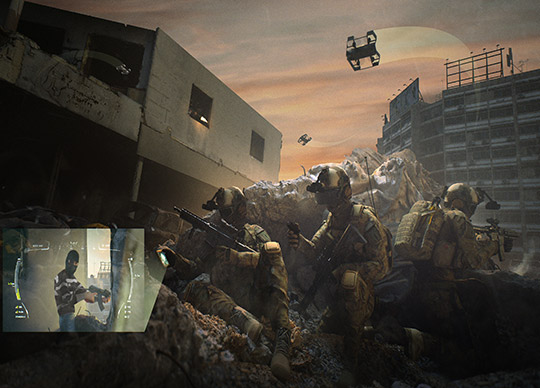 XTEND Reality has announced it has been awarded an $8.9M RDT&E contract to develop advanced indoor-outdoor, multi -payload, tactical UAS by the US DoD’s Irregular Warfare Technical Support Directorate (IWTSD).

This new contract is the sixth consecutive contract from the US DoD, under which hundreds of XTEND’s drones, to be manufactured in the US, will be delivered to the client.

As part of the company’s continued expansion in the US market, it has recently appointed Mr. Robert Peters as CEO of XTEND Reality Inc. Mr. Peters brings with him vast experience in the defense market, after successfully holding several senior business executive positions in major US corporations such as: Textron Systems, General Dynamics, GE, and Lockheed Martin. Mr. Peters has helped grow a mid-size business into a $1 billion operation with global reach; supported substantial acquisitions; delivered complete unmanned systems solutions and led efforts to open new markets.

“We are excited about this latest contract which further strengthens our collaboration with the US DoD. XTEND has already secured over twenty contracts in the last three years with its operating system and pipeline products portfolio. Working hand in hand with the world’s elite units and prime contractors– XTEND continuously strives to enhance its offering and “Swiss Army Knife” capability concept by providing forces with multiple applications for various missions, all performed remotely and safe from danger. The recent contract is based on XTEND’s advanced systems, already deployed by various forces worldwide.” says Bob.

“At the AUSA show, XTEND will also demonstrate its next generation of human-guided autonomous drone operating systems through a combat vehicle-mounted drone’ simulator, Thus,