Trending
You are at:Home»Automation»The rise of robotics in healthcare 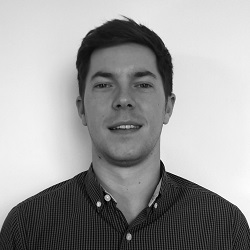 In 1910, the first laparoscopic, or minimally invasive surgery (MIS), was performed by Hans Christian Jacobeus. Now, over a century later, we are seeing major advancements in MIS thanks to the introduction of surgical robots. Here, John Young, APAC director at industrial automation parts supplier EU Automation, looks at the benefits of using robotics in surgery and how they can help offer patients a better standard of health care.

A standard image of a surgery depicts a surgeon and their surgical nurses huddled around the patient in close proximity. However, surgery involving a robot paints a very different picture. During a procedure using robotics, the surgeon sits at a console where they use small hand movements and 3D images to guide the robot.

The robot uses a series of small incisions to operate on the patient in a precise and minimally-invasive procedure. Surgical robots are being used in a multitude of operations, spreading across urology, gynaecology, general surgery, thoracic surgery and cardiac surgery specialisms.

The da Vinci surgical robot system is used in the Royal Prince Albert (RPA) Surgical and Robotic Training Institute in Sydney, the only robotic surgery training institute in the Southern Hemisphere. It is also one of the only public tertiary referral hospitals in Australia to have a da Vinci Xi surgical robot, da Vinci’s most advanced system, and the institute firmly believes that surgical robots are bettering patient treatment. 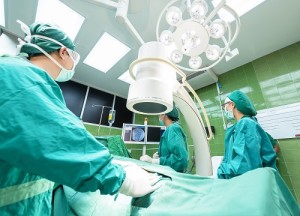 The use of surgical robots is greatly praised for improving surgical precision for a variety of reasons. A magnified, high-definition 3D image projected on the connected console allows the surgeon to view the operation site in greater detail and resolution than what is capable with an unaided human eye.

The console can also display reference images, such as previous scans of the affected area, alongside the real-time surgery footage. This allows the surgeon to clearly see where the symptomatic areas were, even after some alteration has taken place. Accuracy is further boosted by the robot’s ability to use infrared imaging, which can clearly show abnormal tissue and blood flow at the site.

The proportion the robot moves per hand movement by the surgeon can be altered, meaning the robot is able to make extremely small, precise movements. In addition, robotic instruments move like a human hand but with increased range of motion and the ability to filter out any tremors. Along with these advantages, the surgeon retains 100 per cent control of the robot from start to finish.

Robotics in surgery also allow the procedure to take place using smaller incisions, meaning there is a smaller area that needs to heal, lessening patient pain, shortening recovery time and decreasing scar size. Working through small incisions also means less of the internal body is exposed, which reduces blood loss and the chance of infection.

Surgical procedures are complex and often long, so surgeons have to maintain high stamina and concentration during the operation. Complications could always arise, so it’s difficult to predict exactly how long a surgical procedure will last, with unexpected findings often taking the procedure well into overtime.

Many robots have an additional arm, which gives the surgeon 50 per cent more operating capability. Being able to control the procedure from the console with helpful reference images decreases the surgeon’s cognitive load and fatigue levels. These factors ensure the surgeon can perform to the best of their ability for a longer period of time.

With surgical robots becoming an increasingly common feature in MIS, maintaining these devices is an important consideration. If a surgical robot was to break unexpectedly, before or even during a crucial procedure, it would risk putting lives on the line. It makes greater sense to replace the part that isn’t working correctly rather than the entire robot, so it’s important that replacement components are easily available, meaning repairs can be made without causing disruption.

However, sourcing spare parts for surgical robots could prove challenging if the required component is no longer produced by the original equipment manufacturer (OEM). In this case, an industrial parts supplier, like EU Automation, can help source and deliver like-for-like replacement parts that have become obsolete.

While finding replacement parts isn’t impossible, the process can be managed much more smoothly if obsolescence is considered from the offset. Speed is of the essence when keeping surgical robots up and running, so it is important to consider the lifespan of all the individual components during manufacturing.

For example, if manufacturers are torn between using a cheaper component that risks faster obsolescence, and one that is more expensive but has a longer production lifespan, it could be more beneficial to make the investment to ensure greater longevity. Building a relationship with a parts supplier early on in the robot’s lifecycle will also help speed up the replacement process.

Technology has been crucial in advancing surgery, far beyond the first laparoscopic procedure in 1910. Surgical robotics make surgery safer and more effective, and are growing in popularity. However, in order for robots to convey maximum benefits, it is important to put a solid maintenance plan in place. If we care for our robots, they can carry on caring for us.