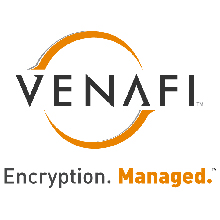 Visiting to announce the Australian details of a new global report on Internet cybersecurity, Jeff Hudson, CEO of Venafi, Inc., said, “Every business and government department relies on the digital trust provided by cryptographic keys and digital certificates for secure communications and operations. Without the trust established by keys and certificates we’d be back in the internet ‘stone age’, not knowing if a website, device or mobile application is secured.”

He added that leading researchers from FireEye, Intel, Kaspersky, Mandiant and many others consistently identify the misuse of keys and certificates as a significant factor in cybercrime and advanced persistent threats.

The 2015 Cost of Failed Trust Report – the only research of its type to examine the Internet system of trust – was conducted for Venafi by the Ponemon Institute and as Dr. Larry Ponemon, chairman and founder of the Institute observed, “With the rising tide of attacks on keys and certificates, it’s important that enterprises really understand the grave financial consequences. We couldn’t run the world’s digital economy without the system of trust they create.

“This research is incredibly timely for IT security professionals everywhere – they need a wakeup call like this to realise they can no longer place blind trust in keys and certificates that are increasingly being misused by cybercriminals.”

The survey questioned security professionals in Australia, France, Germany, the United Kingdom and the United States. Of the 2,400 organisations covered, 340 were in Australia and, of those, 59 per cent have more than 5,000 employees.

The report highlights that over the next two years, the potential total financial risk facing Australian enterprises from attacks on keys and certificates is expected to reach at least AUD $48.4 million. It also finds that Australian security professionals are most fearful of a ‘Cryptoapocalypse’-like event. Coined by researchers at Black Hat 2013, a Cryptoapocalypse is a scenario where the standard algorithms of trust like RSA and SHA are compromised and exploited overnight and would dwarf Heartbleed in scope, complexity, and time to remediate.

Other headline findings for Australia included:

“With keys and certificates so broadly deployed and so integral to the future of the world’s digital economy, “said Jeff Hudson, “it must become a top priority for CEOs, boards of directors, and CISOs to better secure and protect them. With no replacement in sight, failure is not an option. New ways of thinking are required – like using certificate reputation now available with Venafi TrustNet.”