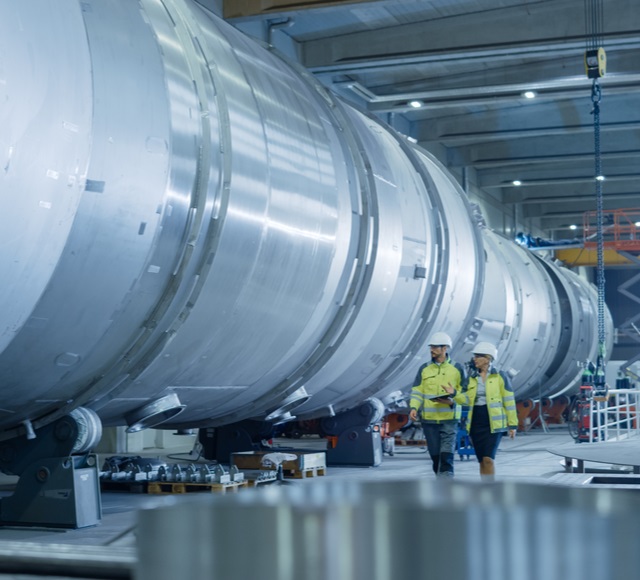 Sintavia, LLC, a designer and additive manufacturer of critical thermal components for the Aerospace, Defense, & Space industry, announced today that it had acquired two M4K-4 printers from AMCM GmbH of Starnberg, Germany. Each of the two new M4K-4s, which are stretched versions of the commercially successful EOS M400-4 printer, uses four 1kW lasers to print single-unit components with dimensions of 450mm x 450mm x 1m. As one of the largest rocket printers in North America, Sintavia will use the new machines to expand its portfolio of thrust chamber design and manufacturing for the rapidly growing commercial space industry. 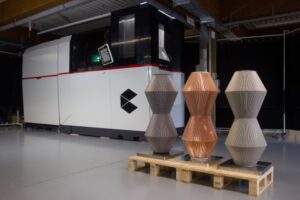 “With a design based on the architecture of the EOS M400-4, the AMCM M4K-4 has a one meter tall build height with four 1kW lasers (Photo: AMCM GmbH)”

“Since the acquisition of our first M400-4 three years ago, Sintavia has devoted tremendous resources to developing successful and repeatable operating procedures for the quad laser printing of extremely thin walls, such as those found in the thrust chamber of a rocket,” said Brian Neff, Sintavia’s Chief Executive Officer. “We now have eight M400-4 quad laser printers, and we expect that the successful strategies employed on the M400-4 will likewise work on these new M4K-4 units. We are pleased that we will be the first rocket printer in North America to offer the expanded footprint of the M4K-4 to our commercial space customers.”

Developed by AMCM, an affiliated company of EOS GmbH, the M4K-4 is a stretched and widened version of the EOS M400-4 printer, with more powerful lasers and an upgraded cooling system. The design of the M4K-4 was driven largely by demand from commercial space launch customers who were looking to optimize thrust chamber assemblies with fewer traditional joining steps. For most existing commercial rocketry currently in production today, the M4K-4 is able to manufacture the entire thrust chamber assembly as a single unit, including optimized regenerative cooling passages, thereby dramatically reducing manufacturing complexity and time. The two new printers will be delivered in June and July of 2021, and will be installed in high performance copper and nickel alloys.