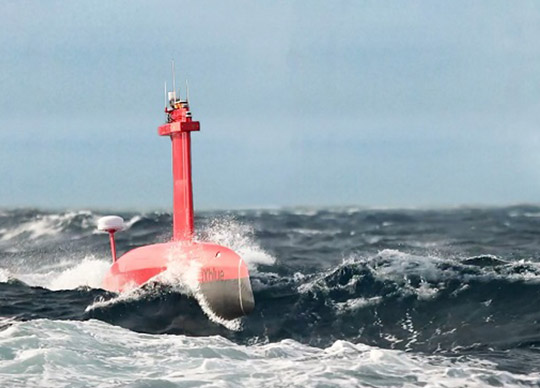 ECA Group’s A18D Autonomous Underwater Vehicle (AUV) and iXblue’s DriX Unmanned Surface Vehicle (USV) were deployed together in a demonstration to defence media at La Ciotat in southern France during the lead-up to next month’s Euronaval 22 Conference.

ECA Group’s SEA1905 Capture Leader Romain Dumont said the deep ocean was a new frontier often compared to outer space due to the difficulty in communication and navigation for undersea vehicles.

“Undersea warfare is receiving increased attention, especially seabed warfare with 95 per cent of the world’s information flow passing through more than 450 submarine data and communication cables lying on the ocean floor,” he said.

“Power cables, natural resource pipelines and extraction systems are other assets at risk. Cutting or destroying this infrastructure by an aggressor would have major impacts for countries.

“As such, there is a need to better understand the deep-sea environment, monitor it and intervene when necessary and therefore bring new technology or combine existing technologies.”

This was the aim of the demonstration conducted in the south of France to show how the A18D working together with iXblue’s DriX USV can be used to improve undersea warfare in particular in deep and ultra-deep waters.

The A18D is a 3000m rated AUV that collects high quality underwater data through onboard systems, such as state-of-the-art interferometric SAS sonars. It is also equipped with advanced decision-making autonomy modules for a variety of roles. An Automatic Target Detection (ATD) module can automatically detect objects that can then be recovered or neutralised.

During the demonstration, the DriX surface vessel communicated with the A18D using the iXblue Gaps system providing crucial navigation update data for the A18D and relaying data transmissions to a shore-based command centre.

Positioning the DriX USV directly above the A18D AUV allowed high-bandwidth communications using SATCOM or 4G, with the DriX USV able to select the best communication mode depending on the environment, allowing faster data collection without having to wait for the AUV to surface.

While both vehicles are operationally proven and independently in operational service around the world, this demonstration was a first look at the unique and powerful capability provided by combining the systems.

Although the demonstration only included a single AUV, the DriX is capable of simultaneously working with multiple AUVs collaboratively to cover large areas.

DriX also has a much smaller visual and infrared signature, and smaller radar cross section than a conventional mothership providing a stealthy and formidable capability for seabed warfare.