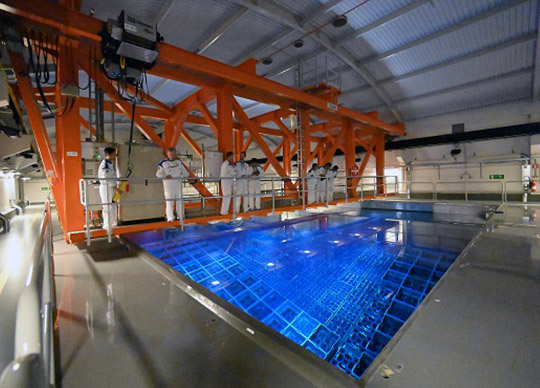 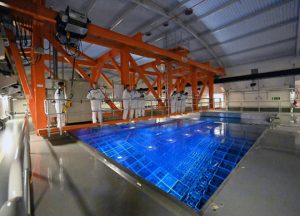 The RCVD, which runs autonomy-enabling software designed by CSIRO’s Data61, has completed a successful test in an operating nuclear power facility in South America. 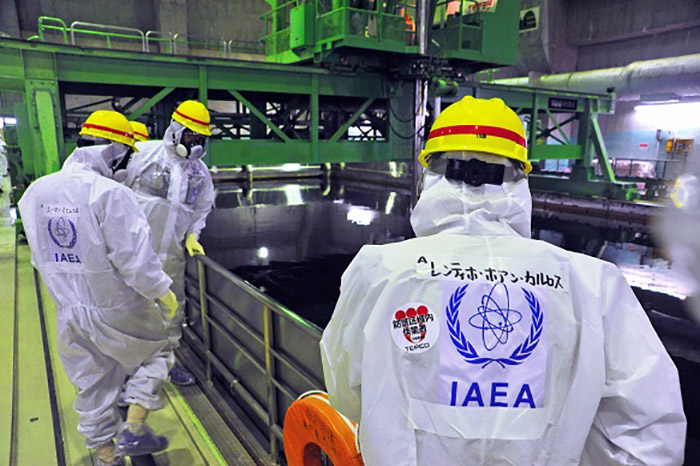 “This new technology will remove humans from harm’s way and ensure the rate of safety inspections matches that of nuclear material.” she said.

The RCVD, a floating device, autonomously navigates a path across the pond while updating a real-time map with footage and data of the fuel assemblies.

It analyses each assembly’s position and unique signature to detect if fuel has been removed or replaced. Information is communicated back to human staff members.

The RCVD’s autonomy, navigation and mapping capabilities are underpinned by CSIRO’s Wildcat SLAM (Simultaneous Localisation and Mapping) technology, which achieved less than one per cent deviation from reality in DARPA’s Subterranean Challenge Final Event.

According to Dimitri Finker, Technology Foresight Specialist at the IAEA, using an autonomous system will reduce the burden of carrying in-field verifications for the facility operator and for the IAEA.

“It also significantly improves the quality of the data collected. The instrument can be optimally positioned close to the fuel, leading to more consistent and accurate measurements.” Mr Finker said.

Peter Kopias, CEO of Datastart, said seamless integration of the hardware developed by Datastart and CSIRO’s own navigation stack is a perfect example of intercontinental engineering collaboration.

“Moving personnel out of harm’s way is the most important benefit, but the exceptional data quality and the ability to inspect previously unreachable covered areas is a game changer in nuclear inspection.” Mr Kopias said. 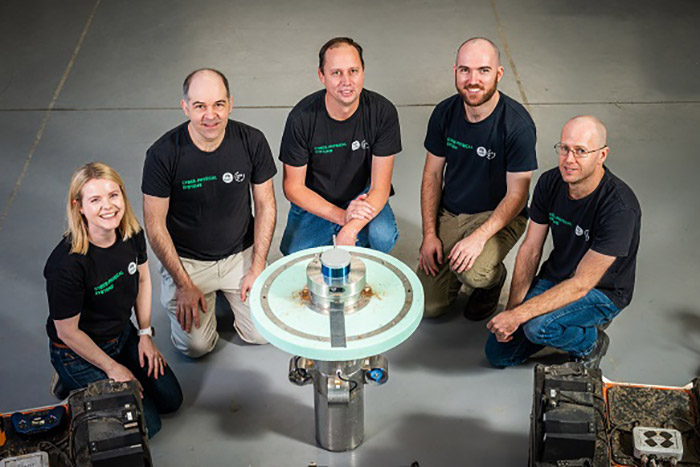 “When fuel is inspected manually by a human, they move the camera to a position where the soft gradient of light around the fuel is centred on the centre of the fuel assembly. This is challenging to perform autonomously but our team expects to accomplish it,” Mr Hines said.

The prototype will continue to be tested, with plans for the device to be outfitted with computer vision to enhance autonomy in the next phase of development.