Trending
You are at:Home»Drones»Minister for Defence visits Orbital UAV 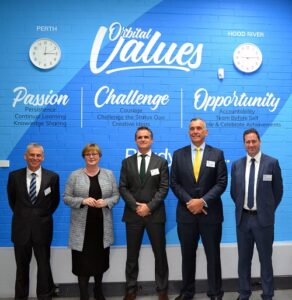 Orbital Corporation welcomed Minister for Defence, Senator the Hon Linda Reynolds CSC on a tour of its headquarters in Balcatta, Perth on Thursday 16 July.

The visit of Senator Reynolds comes two weeks after the launch of the Australian Government’s 2020 Defence Strategic Update and 2020 Force Structure Plan (“FSP”), outlining a new strategy for Defence and the capability investments to deliver it.

The Force Structure Plan highlighted potential investment of up to $700 million in tactical unmanned aerial vehicles (UAVs) over the next decade and up to $1.3 billion in Maritime Un-crewed Aerial Systems between 2020 and 2040.

The proposed investments outlined in the FSP represent key areas of Defence capability development, in response to rapid changes in the global strategic environment.

According to the FSP, “Defence needs to ensure it is alert and adaptable to opportunities presented by new emerging technology.” This includes adoption of remotely piloted or autonomous systems such as tactical UAVs to carry out intelligence, surveillance and reconnaissance missions, and support operations. 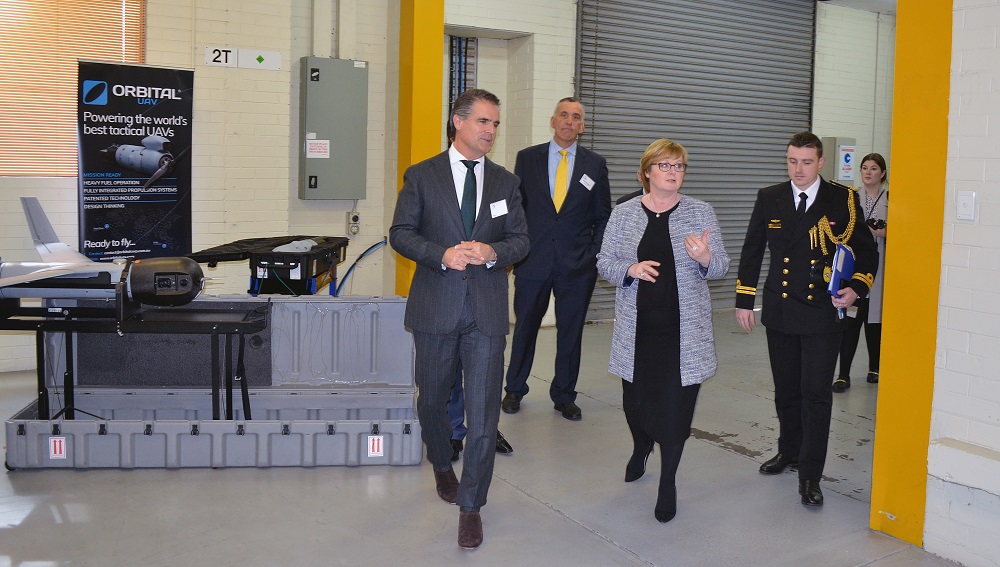 With contracts with some of the world’s largest Defence Prime Contractors, including Boeing subsidiary Insitu Inc., Textron Systems and Northrop Grumman, Orbital UAV has built a global reputation as a leader in the design and manufacturer of propulsion systems and flight critical components for tactical UAVs.

The Company is exporting products and associated technologies to US-based UAV customers and is targeting further growth through involvement in global Defence tactical UAV tenders, including the US Army’s Future Tactical Unmanned Aircraft System Program, and the Australian Defence Force’s LAND129 program.

“The announcements made within the 2020 Force Structure Plan highlight the increased relevance and strategic importance of tactical UAVs in Australia and mirrors the global growth that we have witnessed in this market in recent years,” said Todd Alder, CEO and Managing Director of Orbital UAV.

“It was a privilege to welcome Senator Reynolds to our facility in Perth and provide her with an insight into how Orbital UAV is seeking to increase its capabilities to fully capitalise on this growing market and position itself as the world’s leading supplier of propulsion systems for tactical UAVs,” he said.