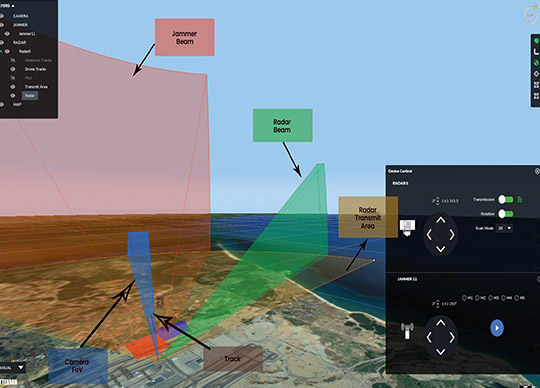 Radar Systems stand out as the most effective solution for detecting drones that have become an up-to-date and asymmetric threat in critical facility and border security applications. Moving from this point, Meteksan Defence developed the KAPAN Counter Drone System using its own resources and launched it in 2018. At IDEF 2021, KAPAN Drone Defence System is on the scene with its new subsystems and command control software that raise its performance much higher. 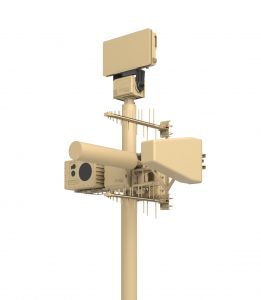 The Retinar FAR-AD Drone Detection Radar, which is included in the KAPAN Counter Drone System, is the result of the detailed studies of Meteksan Defence and the challenging field tests performed with the user. This version of Retinar has a new antenna customized for precise detection of mini/micro UAVs, high-performance hardware and special algorithms supported by artificial intelligence technologies.

Thanks to its new structure, Retinar FAR-AD, which can detect air targets from a longer range and scan a wider area at a glance, makes KAPAN a more advanced counter drone system. Apart from the Retinar FAR-AD Drone Detection Radar, the camera system for the classification and tracking of the drones detected and the jammer system for the neutralization of the drones are also included in KAPAN. 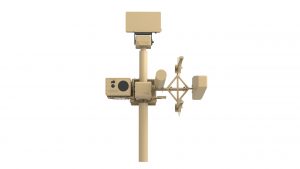 Besides all these subsystems, KAPAN Counter Drone System will be exhibited with the new developed Command Control Software for the first time at IDEF 2021. KAPAN Command Control Software, which collects information from all sensors and produces a common aerial picture, is shown as one of the most innovative command control software developed in the world with its artificial intelligence-supported algorithms, 3-dimensional interface, open, scalable and modular architecture.

İzzet Adil Baktır, Vice President of Meteksan Defence, emphasizes that they have implemented a very effective system against mini/micro UAV threats with KAPAN: “The emergence of drones as a threat is a new issue for several years. The whole world is debating what would be the most effective solution to this threat. The issue has many dimensions and they all need to be dealt with separately. We have developed the KAPAN Counter Drone System as an open architecture system that can handle different aspects of the issue, and can include scalable, different types of sensors and drone destruction strategies to meet different operational needs. At IDEF 2021, we want to highlight the new face of this system, KAPAN Command Control Software. This software, supported by artificial intelligence, performs the process of detecting and neutralizing of drone threats in few seconds completely automatic, regardless of the operator. We see that this puts Meteksan Defence in the forefront in the competition emerging in the field of anti-drone systems in the world.”