Trending
You are at:Home»Communication»High altitude balloon launch sends sensors soaring into the stratosphere 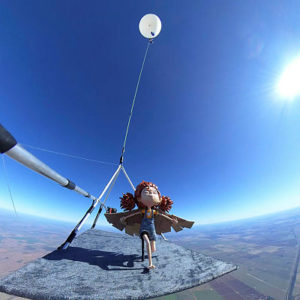 The first of a series of high altitude balloon launch trials has commenced, with the first balloon being successfully launched this week from West Wyalong in NSW.

The trials test Defence’s ability to quickly send sensors and communications equipment into the upper atmosphere carried on a balloon.

Minister for Defence, Senator the Hon Linda Reynolds CSC said the balloon was launched into the stratosphere to explore the under-utilised altitudes between space and where aircraft generally fly.

“The trial aims to demonstrate Australian designed and developed launch capabilities that can deliver and maintain sensor payloads to an altitude that significantly improves situational awareness over a wide area,” Minister Reynolds said.

“Having these high altitude balloons as part of Australia’s sovereign capability means that we could deploy advanced sensors into the atmosphere quickly and cost-effectively, giving our forces comprehensive data in the air, on the ground, or at sea.”

“It offers Australian industry the chance to conduct quick and relatively low-cost, pre-launch testing of space payloads, before being integrated onto launch vehicles for deployment into orbit.”

A 3D printed version of Jasper, an award-winning animated character developed by Air Force to encourage more children to pursue STEM careers, will be filmed as she soars into the stratosphere on one of the balloons.

Minister for Industry, Science and Technology, the Hon Karen Andrews MP said this offers an exciting way to demonstrate the application of science and advanced technologies to a broad audience.

“This event is sure to capture the imagination of our young people who are fascinated by aerospace,” Minister Andrews said.

“The fact that these launches are happening right here in our backyard gives Australians a real sense of the incredible opportunities and career pathways that are available.”

The trials are taking place in close consultation with the Civilian Aviation Safety Authority.