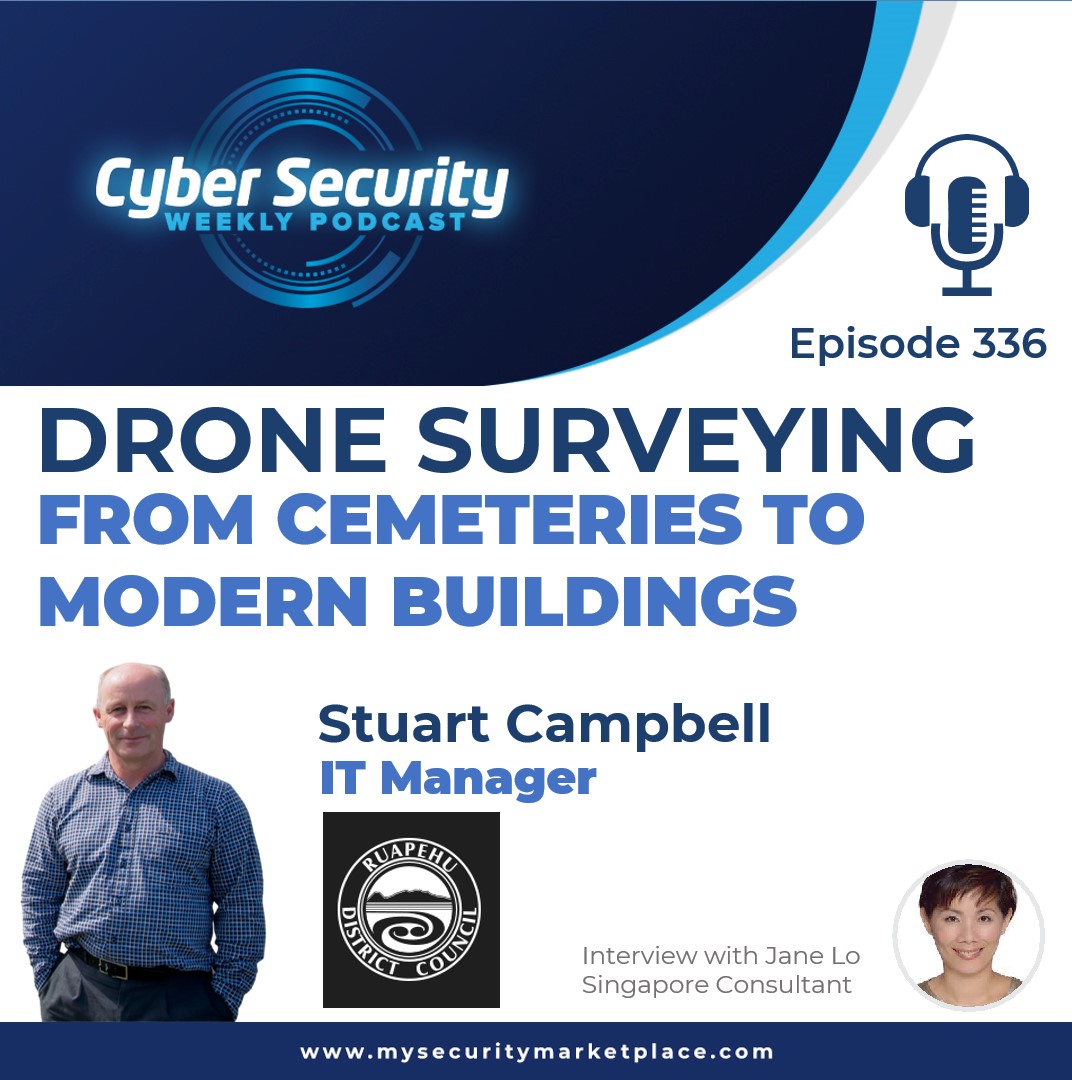 He is also a highly prolific writer in the past few years, all while working his full time job at the Ruapehu District Council. He also trains others in martial arts, a passion Stuart has held for decades and which inspires his writing.

In this on-site interview at the Raffles Town Club in Singapore, Stuart gives some highlights of his presentation in Singapore at AIBotics on “Drones Surveying – From Cemeteries to Modern Buildings.”

He explains how the Ruapehu District Council in New Zealand is mapping out its cemeteries using high-definition cameras on a drone. Flying the drone on a lower attitude also produces better resolution images than the legacy solution which relies on cameras at 15,000 feet.

Stuart also shares some tips and lessons, and behind the scenes challenges, giving an example of how a simple occurrence of reflection could affect the image taken by the drone camera.

While drones are fun, he advises that before jumping into implementing the technology to carefully consider the regulations such as weight and situational restrictions. He also notes other considerations for drone operators, including the types of drones, the times of day or even the climate and battery power consumption.

From a drone security and safety perspective, while Stuart shares that he has never been hacked, he confesses to having crashed a few drones.