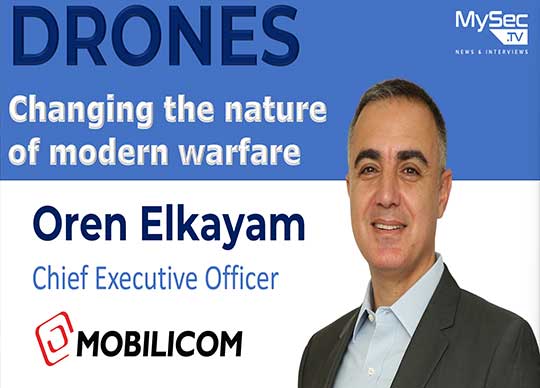 The defence sector has been one of the earliest, and largest, adopters of drone technology. As the sophistication and precision of drones increase, so too does has their usage in modern conflicts. Last year’s conflict between Azerbaijan and Armenia involved the heavy use of drones, especially Loitering Drones – also known as Kamikaze Drones. These Kamikaze Drones were game-changing, providing significant advantages to the Azerbaijani forces in Intelligence, Surveillance and Reconnaissance (ISR) as well as long-range strike capabilities. They enabled the Azerbaijanis to find, fix, track, and kill targets with precise strikes far beyond the front lines. Both sides in the Ukraine conflict are utilising the Kamikaze Drones.

Australian-listed Mobilicom (ASX:MOB) is a key supplier of field-proven hardware, software and cybersecurity to global drone and robotics manufacturers. Its smart solutions are already used by leading drone manufacturers (Israel Aerospace Industries, Elbit Systems, Airbus) and are being incorporated by several top-tier suppliers of defence ISR and Kamikaze Drones for their next generation systems, replacing the current drones being used in recent conflicts. The company’s drone cybersecurity software is the world’s first to autonomously detect, prevent and respond to cyber-attacks and breaches in real-time. This type of capability is increasingly critical for the defence sector with extensive cyber-attacks targeting drones and robotics in the Ukraine conflict.

Oren Elkayam is the CEO and co-founder of Mobilicom. He has extensive experience within the wireless communications sector and was previously the CEO of nano-powder materials company Sortech Ltd and VP of Business Development of Runcom Ltd, a fabless silicon company that develops solutions for the broadband mobile communications industry. During his tenure he initiated and negotiated contracts with top carrier companies such as Alcatel-Lucent, Nortel, KDDI, Mitsubishi and Motorola and led investment rounds with US based venture capital funds. He served as an Officer in the Israeli Air Force in an elite R&D unit, leading large cutting edge technology projects. Oren holds B.Sc in Electrical Engineering and an MBA (magna cum laude) from Ben-Gurion University, Israel.