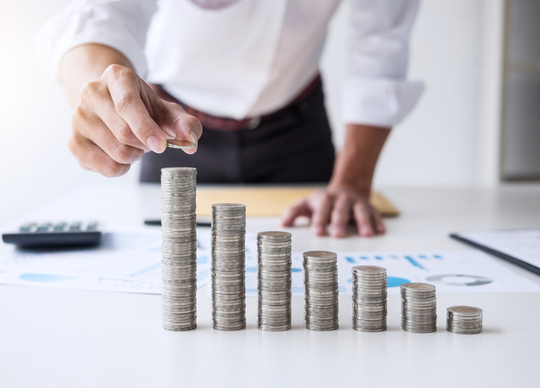 Contactile has closed US$2.5 million in seed funding to develop and pilot tactile sensors that give robots a human sense of touch and enable robotic dexterity.

The round was led by Silicon Valley’s True Ventures with participation from Flying Fox Ventures, Radar Ventures and UNSW Founders, the last of which is a program launched by the university where Contactile’s three co-founders developed the company’s core technology.

What makes Contactile’s sensor technology superior is its ability to measure 3D forces and torques, partial slip and friction — all essential parameters for enabling robotic dexterity.

Khamis co-founded Contactile with Benjamin Xia, CTO, and Associate Professor Stephen Redmond. The three co-founders have been developing tactile sensors together for eight years, beginning at UNSW Sydney, where they each studied or taught, and performed research in electrical, software and biomedical engineering.

“We’re delighted to partner with True and this amazing group of investors, each of whom brings deep experience in different aspects of rapidly scaling businesses,” said Khamis. “They understand the massive opportunity in robotics and the need for smarter, more flexible and more reactive robots that can help do the jobs that are too dull, dirty and/or dangerous for people to do.”

While robots currently on the market can pick up and place items, they must be precisely programmed for every object they encounter; they cannot adapt to pick up new objects without new, more advanced programming. As such, their behavior is un-human-like and incapable of complex manipulation. Opening jars, turning door handles, and even operating tools are triumphs.

Contactile says it is looking to solve both short-term and long-term problems – from warehouse fulfillment – e.g., autonomous gripping of thousands of unique products in a grocery store – to space applications – e.g., versatile robots for building infrastructure on planets other than Earth.

“We’re thrilled to partner with the Contactile team and join their bold vision to lead the tactile revolution in robotics,” said Rohit Sharma, partner at True Ventures. “Their innovations in tactile-grip sensors have the potential to transform robots from single-task machines to multi-purpose handy helpers. Applications of Contactile’s technology span multiple industrial and consumer robotics scenarios and our investment will accelerate the development of their products and pilots worldwide.”

There is a mega trend towards robotics and automation in every sector, including agriculture, warehousing and logistics, security and rescue, health and medicine, and space. Rich tactile sensing and dexterous robots will be required in these industries as robots are needed to perform more human-like tasks.

Contactile says it will use this funding round to pursue further research and product development in addition to executing a number of pilots to demonstrate the value of tactile sensing.