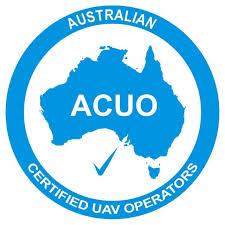 The association of Australian Certified UAV Operators (ACUO) is calling for the establishment of a Federal multiagency working party to look at how Australia can aid South Pacific nations develop appropriate regulatory regimes allowing safe integration of unmanned aircraft systems (UAS) in their skies.

President of ACUO, Joe Urli, says that “ACUO strongly supports this proposed regional aid initiative but is concerned that without appropriate enhancements to the air safety management regimes of recipient states, the program may be jeopardised by creation of undue risk.

“CASA already provides some general assistance to South Pacific island states with respect to their civil aviation safety obligations, but facilitation of policy and regulatory aid directly related to UAS is beyond its existing resources. The South Pacific UAS program is exciting in its scope and potential, but could easily fail unless air safety challenges are examined in detail” says Urli.

A small number of commercial UAS are already in operation in the South Pacific region but Fiji is the only state to have a basic regulatory framework for this rapidly emerging technology at the current time.

ACUO has put forward its working group proposal as part of a submission to the current Australian Senate Foreign Affairs, Defence and Trade References Committee inquiry into the current and prospective use of unmanned systems by the Australian Defence Force.

The submission also proposes linking the South Pacific UAS program to the development of a comprehensive national industrial strategy for the unmanned aircraft systems sector.

The full submission, which contains extended background data on the South Pacific UAS program concept, is available at the inquiry website here

The submission is also available direct from ACUO here