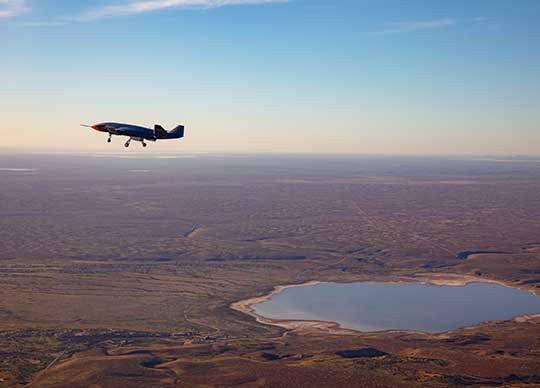 This follows the Loyal Wingman’s inaugural flight on 27 February 2021, laying the foundation for the first military combat aircraft designed and built in Australia in more than 50 years.

The Chief of Air Force, Air Marshal, Mel Hupfeld said the speed and sophistication of the Loyal Wingman’s development was exceptional.

“The Loyal Wingman sets new standards for capability development and shows what collaboration between industry and Defence can achieve,” Air Marshal Hupfeld said.

“Flight testing is increasing throughout the year, and we are on the way to teaming the Loyal Wingman aircraft with existing Air Power platforms.”

The Royal Australian Air Force and Boeing Australia had partnered to develop the Loyal Wingman aircraft – including three aircraft in phase one to be delivered by the end of 2021.

The highlight moment was the first time the landing gear was raised and engaged. A second aircraft also successfully completed its first flight mission. 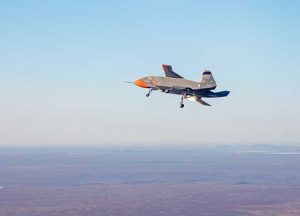 Head of Air Force Capability, Air Vice-Marshal Cath Roberts, said it is exciting seeing two aircraft in the air as the Loyal Wingman continues to excel in the flight test program.

“This opens up significant capability agility for Air Force, particularly with features such as the reconfigurable nose.

“We’re heavily engaged in the payload development and the element of surprise that it gives us in the battlespace. You never really know what’s in the nose,” said AVM Roberts.

More than 35 Australian companies have contributed to the Loyal Wingman program. BAE Systems Australia and RUAG Australia had pivotal roles in this latest test block.

Whitehorse and Form 2000 are two Australian small-to-medium enterprises (SMEs) who have collaborated with Boeing Australia to manufacture build-to-print components on the developmental aircraft program.

Both SMEs have provided a range of sheet metal components, including the jet engine tailpipe for the aircraft.

The Loyal Wingman has a range of more than 3,700 kilometres, helping to project airpower forward while contributing as a team with our crewed capabilities.