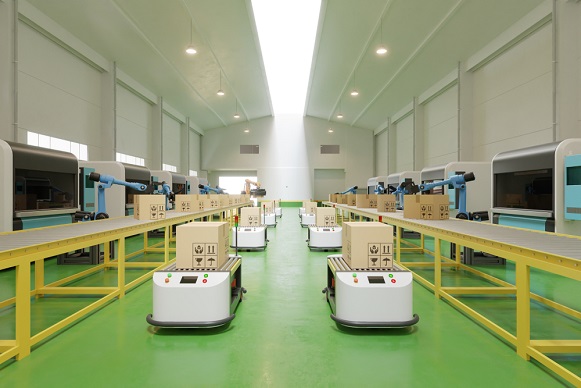 As automation becomes the new normal for businesses in the era of Industry 4.0 to achieve higher efficiencies and lower costs, autonomous mobile robots (AMRs) are increasingly finding applications in the mobile robotics ecosystem, finds GlobalData.

Kiran Raj, Practice Head of Disruptive Tech at GlobalData, comments: “The advent of AMRs as smarter and more adaptable substitutes to the automated guided vehicles (AGVs) for a wide range of applications in industrial operations is receiving a lot of attention. With advanced mechatronic capabilities, they are becoming an essential choice, particularly amid manpower shortages, as they can move and make decisions on their own.”

Abhishek Paul Choudhury, Senior Disruptive Tech Analyst at GlobalData, comments: “Unlike an AGV that can identify impediments in its path but cannot navigate around them, an AMR can navigate using maps created on-site by its software or pre-loaded facility designs. They are quickly gaining popularity among several sectors owing to their autonomous and versatile nature boosted by emerging technologies such as simultaneous localization and mapping (SLAM) capabilities.”

Ford has developed a KUKA-built AMR ‘Javier’ that can operate a 3D printer to print car parts. The auto giant claims that Javier is accurate in its motions, takes short breaks to recharge the batteries, and completes tasks on time while leveraging printer data to learn and enhance its performance over time.

Amazon has recently launched its first fully-autonomous robot ‘Proteus’ that can autonomously move through facilities to pick up and place goods transporting carts (GoCarts) containing packages. It can be automatically instructed to autonomously carry out its function and move around employees without the need to be confined to any fixed  working areas. Simultaneously, the e-commerce giant is currently testing a prototype of Cardinal, a robotic arm for handling packages of around 20kg.

California’s technology startup Ottonomy developed the world’s first fully autonomous delivery robot ‘Ottobot’, which leverages the company’s proprietary contextual mobility navigation software to navigate through crowded and unpredictable environments. CVG Airport, Cincinnati partnered with the startup to use Ottobots for delivering retail and food items at the airport. Concurrently, retailer Presto has selected the company for the delivery of its orders with Ottobots.

Choudhury concludes: “AMRs are collaborative and adaptable to future implementations since they can avoid barriers and relieve people of repetitive work while allowing them to focus on more productive and enriching activities. As simultaneous localization and mapping (SLAM) technology and robotics-as-a-service (RaaS) model evolve, more sectors will witness the commercial roll out of new and exciting AMR implementation use cases in the future.”