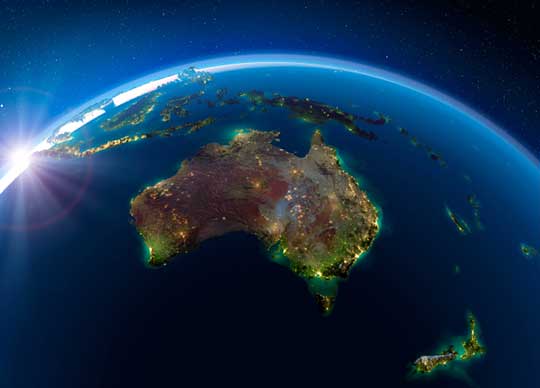 An Australian-made rover is set to be launched to the Moon as part of a NASA space mission this decade.

The federal government has struck an agreement with the US space agency which could see a semi-autonomous rover made by Australian businesses and researchers sent on a lunar mission as early as 2026.

The government said the “foundation services rover” would be used on an exploration mission that could bring mankind a step closer to developing a sustained human presence off Earth.

NASA intends to fly the small rover to the Moon’s surface to collect lunar soil that contains oxygen atoms, before using separate equipment to extract the oxygen from the soil.

The deferral government says it has invested more than $700 million in the civil space sector since July 2018 and this latest announcement would create further jobs in the industry in Australia.

“This mission to the Moon is just one exciting way that we can create opportunity and jobs for the future, and our government will ensure Australians reap the benefits,” Prime Minister Scott Morrison said.

“This is an incredible opportunity for Australia to succeed in the global space sector and is central to our government’s vision to secure more jobs and a larger share of the growing space economy.

“By 2030, we want to triple the size of our space sector, adding $12 billion to our economy and creating up to 20,000 new, high-skilled jobs, providing more opportunities for Australians and industries.”

Australian businesses and research organisations will be able to apply from later this year to be part of a consortium to develop the rover, with the federal government chipping in $50 million through its “Trailblazer program”.

Successful applicants will be “expected to provide [a]financial contribution to the project” and the rover and deployment system will need to weigh less than 20 kilograms.

Minister for Science and Technology Melissa Price said the mission would be an historic achievement for Australia. “With our expertise in robotics technology, NASA wants to partner with us on this project to the Moon, creating our own lunar history,” she said.

“As well as putting Australia front and centre for scientific discoveries, our $50 million in support gives Australian businesses and researchers the opportunity to contribute to NASA’s mission to the Moon and beyond.

“It will build the Australian space sector’s capability and capacity and showcase Australia’s strengths to the world, as well as inspire a whole new generation of young people to enter careers in science, technology, engineering and maths.”