Australian researchers will lead development of the next generation of space suits in a major international collaboration involving NASA and the European Space Agency.

The $844,000 Australian Space Agency grant will develop three types of compression space suits, each designed to protect astronauts from the physical strains of space. Two of the designs will be developed as advanced prototypes and one as a concept.

Director of RMIT’s Centre for Materials Innovation and Future Fashion, Professor Rajiv Padhye, said his team were eager to contribute their expertise in compression garment design and testing at their state-of-the-art facility.

“This is an exciting opportunity to show our cross-disciplinary teamwork in design and technology and to partner with the best in the world on designing suits that will have real impact on people’s health,” Padhye said. 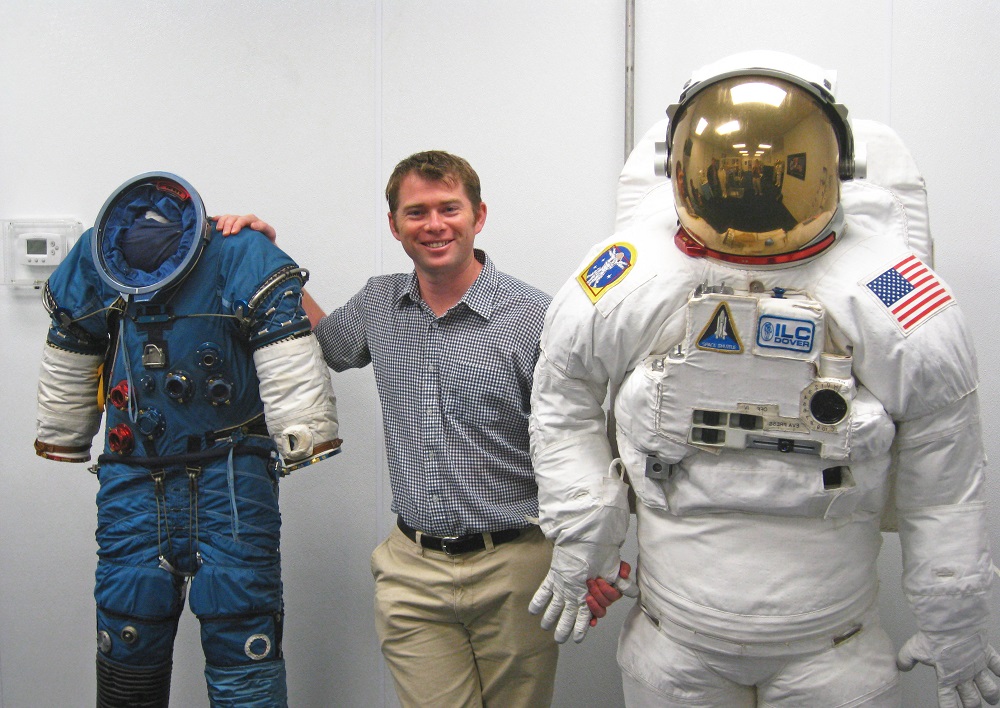 Astronauts have been known to grow up to 7cm taller as their spines lengthen in weightlessness, leading to back pain during the mission and an increased risk of slipped discs once back on earth.

Human bodies in weightless space, once unloaded of gravity, also weaken. Astronauts lose muscle and up to 2% of their bone mass every month while is space.

With future missions, such as those to Mars, likely to take well over 2 years to complete, protecting people from these health impacts presents a major challenge.

“Bone loss is a particular challenge – it’s like an extreme version of osteoporosis,” Waldie said. “Your hip bones could age by 50 years over a Mars mission.”

“To get around these impacts, astronauts currently use exercise machines for around 2 hours each day while on the spacecraft,” Waldie said.

“While this is fairly effective in maintaining strength, spacecraft on longer expeditions in future won’t have the same capability to carry these bulky exercise machines, nor the spares necessary for their continued use.”

“That’s why we’re prototyping a suit that keeps them in shape just by wearing it.” 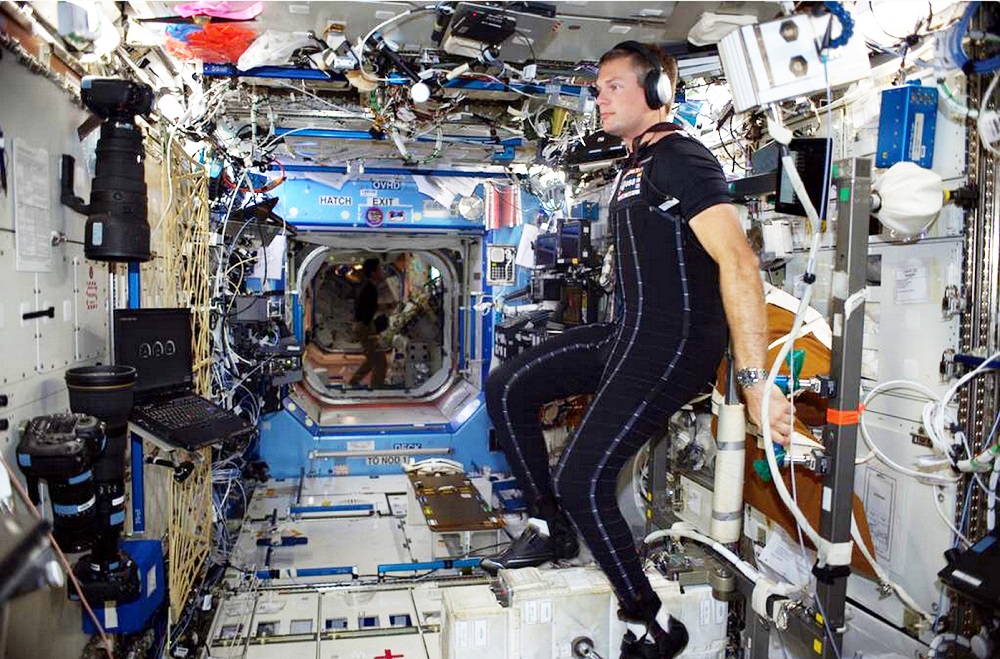 “Denmark’s first astronaut, Andreas Mogensen, trials an earlier version of the skinsuit on the ISS in 2015 to test its effectiveness in the weightless conditions.”

Staying healthy aboard the spacecraft

The team’s skinsuit helps mitigate bone and muscle loss and other health side effects of weightlessness by imposing earth-like longitudinal loading on the torso and lower body.

In short, the skin-tight elastic suit has been designed to mimic the impact of gravity on the body.

“Being very light elastic and requiring no power, it also allows astronauts to continue working when in use, so is well suited to extended space missions,” Waldie said.

An earlier version of the skinsuit designed by Waldie flew twice on the International Space Station as part of a European Space Agency programme, where it was assessed for its operational readiness and ability to help reduce spine elongation.

“We were really happy with these initial results but now need to refine it further and progress it into consideration with NASA for future long duration flights,” he said.

Suited up for the Moon, or even Mars

The team is also developing an advanced skinsuit concept suit to be worn on spacewalks, Moon walks or perhaps even Mars walks.

“New designs and advancements are critical in this area too and we think elastic skinsuit pressure layers could work well as an alternative or supplement to traditional gas-pressurised layers in space suits.”

The skinsuit concept for space walks has been around since the 1960s, and Waldie hasspecialised in researching their development since 2001 while studying his PhD at RMIT University.

“The main challenge is to activate the elastics so that we can manage the pressure and allow them to be donned and doffed easily,” he says.

“We will work with our US collaborators in exploring new ways to achieve this activation and enable skinsuits to be a feasible option in the future, providing lighter, safer and more dexterous spacesuits.”

Helping astronauts back on Earth

The third suit being developed by the team is not so much a space suit, as an Earth suit.

In space, blood pressure equalises all over the body. But when astronauts return to Earth the blood is again affected by gravity, and begins to pool at the lower extremities as per normal.

Being unused to the pooling, astronauts can faint from what’s known as orthostatic intolerance.

The team will make an advanced prototype of a compressions suit to be worn by astronauts on return to Earth, to help reduce blood pooling, similar in concept to G-suits for pilots.

“This type of technology is not only about aiding the health and safety of astronauts, but also in creating medical technologies to help treat the broader population in cases such as burns, lymphedema and Peripheral Vascular Disease,” he said.

The chance of a lifetime for research students

Padhye said they will soon begin recruiting for two Masters students to work on the project, and is keen to attract high quality talent.

“Such exciting and prestigious roles as this don’t come around very often,” he says.

“So, we’re urging any talented students with expertise in material or textile science and engineering, or computer modelling of physical systems to apply.”

RMIT joins Cape Bionics, CQUniversity and TSL as local partners, with a number of international collaborators at NASA, The European Space Agency, Massachusetts Institute of Technology and other renowned institutions.