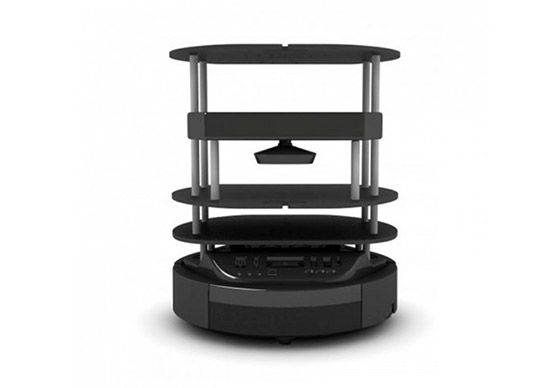 If you’ve ever ordered a product from Amazon, chances are that a robot selected your purchase from a shelf, read the barcode and delivered it to the counter for packaging. Hopefully, it didn’t collide with a human worker on its journey and lose its way.

The odds of that happening have now shortened, with University of South Australia researchers developing an algorithm to help robots avoid hitting humans and other moving obstacles in their path.

UniSA mechatronics engineering lecturer Dr Habib Habibullah and colleagues have built a computer model that ensures mobile robots can recognise and avoid unexpected obstacles, finding the quickest and safest path to their destination.

In a new paper published in the Journal of Field Robotics, Dr Habibullah describes how his team combined the best elements of existing algorithms to achieve a collision-free TurtleBot able to adjust its speed and steering angles.

“There are two types of path planning strategies for mobile robots, depending on whether they are being used in fixed environments or where they are encountering moving obstacles, such as humans or machines,” Dr Habibullah says.

“The first is fairly easily to program but the second is more challenging.”

There are several algorithms on the market trying to address the issue of robots colliding with moving objects, but none are foolproof.

In a series of simulations in nine different scenarios they compared collision rates, average time to destination and the average speed of the robot.

In every scenario, the UniSA-designed algorithm helped robots successfully navigate a path without any collisions. In comparison, the DWA model was only 66 per cent effective, colliding with objects in three of the nine simulations. The APF model was also collision-free but took more time to reach its destination.

“Our proposed method sometimes took a longer path, but it was faster and safer, avoiding all collisions.”

Dr Habibullah says their algorithm could be applied in many environments, including industrial warehouses where robots are commonly used, for robotic fruit picking, packing and pelletizing, and also for restaurant robots that deliver food from the kitchen to the table.

The UniSA-designed algorithm can direct the TurtleBot to stop, take a turn and even reverse direction if it encounters anything in its path.

“This could also be a potential solution for agricultural robots, for example autonomous lawn mowers, ground robots for crop surveillance and autonomous weeding robots, where children, pets and other animals are often present,” Dr Habibullah says.